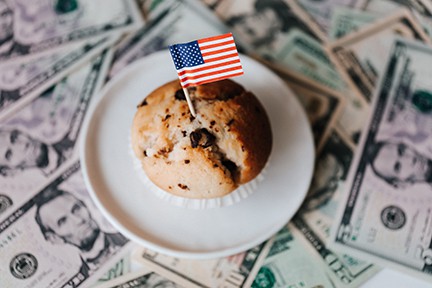 Today there is concern with rising inflation. By many reports we are in an inflationary cycle with the challenges and problems it brings. I have personal experience with inflation which I will share in this newsletter.

Let’s start with a look back into the late 1970’s and early 1980’s. In the 1970’s Jimmy Carter was President. In 1973/74 OPEC embargoed crude oil to the US. And the US was dependent on imported crude oil. We hadn’t achieved energy independence that we enjoyed under the Obama and Trump administrations. With a severe limit on crude supplies oil prices skyrocketed and was one causative effect of inflation. According to some economists another cause was higher wages. Then labor unions were much stronger than today, and unions were able to push up wages. Interestingly during the 1970’s American car quality fell off the cliff and opened the door for the Japanese car companies to gain a foothold and ultimately become the big players they are today. (I grew up in Michigan and worked in a Ford plant as a summer job to pay for college. Got the t-shirt too).

A recent Wall Street Journal article discussed inflation from a bicycle manufacturer’s perspective. It said that consumer price inflation is expected to rise to 4.4% in 2022 up from 3.1% from its forecast in September, with the author saying the danger is that people and businesses grow to expect costs & material prices to rise and in turn raise their prices — and the cycle becomes self-perpetuating.  At that point only some dramatic event or action will break that chain. We will address that later.

Today we have a super-heated economy with consumers sitting on unspent Federal stimulus money with pent up demand following the Covid lockdown. These factors are combined with worldwide problems in the supply chain. The recently enacted Build Back Better legislation will push $1.3 trillion dollars into our economy in the next several years. Just that 1.3 trillion dollars alone could be inflationary. And we are seeing spikes in energy costs in the US and Europe. After our politicians declared a war on fossil fuels our crude oil production appears to fail to meet our demand, thus pushing up gas prices. This may have prompted Biden when he recently asked the Saudis to increase their crude oil production. So much for green energy.

We could be approaching the perfect storm of many factors colliding at once. Let’s look at historical data (I know a lot of Americans hate studying history. They prefer to re-learn painful lessons).

Rate of past inflation rates:

Earlier I suggested that only a dramatic event or action could break an inflationary cycle. Here are the prime interest rates during those same years.

I remember very clearly President Regan saying, “I am going to wring inflation out of the system.”  I guess he meant with high prime rates. Those astronomically high prime rates had effects. Real estate development almost stopped completely. Most projects could not justify a construction loan of “Prime plus 2 points.” Home loan interest rates were extremely high. My wife and I had purchased a home in Orange County, CA in 1982 with a 16.5 % interest rate loan and were thrilled to get the loan.

In those years of high inflation office and industrial rents and values were increasing. Many tenant space occupiers wanted to own their space as a hedge against inflation and to put a lid on their rising rents. Developers responded by building office parks consisting of multiple smaller buildings. They were very popular at least in the Orange County market where I was in my early commercial real estate practice. So, I think we will see increased interest in businesses owning their own real estate in Boise. In the meantime, leases signed in the past five years typically have 2-3% annual increases which is looking like a bargain now with inflation trending 5-6%. What will annual escalations look like going forward? For now, we are seeing 3% almost without exception.

Returning to inflation and what might break the expectation chain, it could be a dramatic increase in the Prime or another Covid induced lock down that halts the economy again. I personally doubt that it will be another Covid lockdown. The general appetite for that is lacking today. And a lockdown might only kick the inflation problem can down the road and lead to another inflationary cycle when a lockdown is over. Perhaps more likely will be the US Central Bank using higher interest rates to attempt to slow the economy. Either way this inflationary cycle is likely to be several years long.

I don’t have a crystal ball, but a quote attributed to Albert Einstein comes to mind: “We cannot solve our problems with the same thinking we used when we created them.” Will we repeat history?